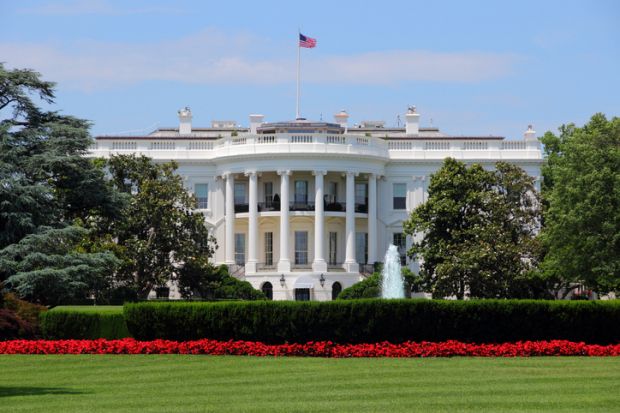 Joe Biden has formally cancelled a Trump administration effort aimed at imposing strict limits on the time that international students can remain in the US for higher education.

The Trump plan, initiated last year through the US Department of Homeland Security as a regulatory proposal, generally would have limited overseas students to four-year visas.

Mr Biden’s decision to retract the proposal, rather than complete the months-long implementation process, was greeted by higher education leaders as one step among several that they hoped to see from Mr Biden in fulfilling his promise to be more welcoming to foreign students.

Other such policy priorities still awaiting attention from the administration and Congress, according to Nafsa: Association of International Educators, include giving international students extra time in the US after they finish their studies, and letting college graduates pursue legal permanent residence.

“We urge the administration to continue its efforts to make the United States a more welcoming place for international students and scholars,” Nafsa’s executive director, Esther Brimmer, said in statement.

The Biden administration is already helping in the more immediate term, having announced broad exemptions from Covid-related travel restrictions for college students coming to the US for the autumn semester.

But experts have warned that visa processing delays are still likely for the top two suppliers by far of international students in the US, with Chinese visitors subject to expanded security-related scrutiny by US officials, and India suffering from new waves of Covid infections.

That raises the prospect of prolonged pandemic-related financial woes for many US colleges and universities that rely on the substantially higher tuition fees they charge overseas students, and an accelerated decline in the foreign expertise in the sciences that many experts see as vital to US economic and military competitiveness.

Existing US policy lets international students remain in the US as long as they are actively pursuing their studies. The Trump plan, put forth in the waning months of the administration, would have imposed the four-year visa limit in most cases, and a two-year limit for applicants from countries with high rates of students overstaying their visas.

That administration brought a generally hostile view toward foreign nationals and argued that tighter visa controls were necessary for security reasons. But the American Council on Education, the main umbrella group for US higher education, said that a firm four-year limit was not reasonable for most students – even at the undergraduate level – and appeared designed to deter those coming from China.

The regulatory implementation process requires the government to solicit public comment. For the Trump administration’s proposed limit on student visas, the Department of Homeland Security reported, more than 99 per cent of the 32,000 comments received expressed opposition.