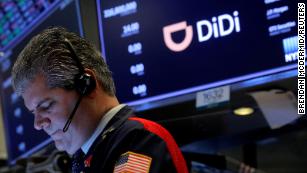 Chinese officials are turning their crackdown on private business to yet another industry.

A slew of big Chinese education and private tutoring companies are reeling from new rules barring them from turning a profit or raising funding on stock markets, with some warning that the regulations will hurt their business.

The new rules, published over the weekend by China’s Ministry of Education, apply to what the agency calls “online training institutions.”

“Capitalized operations are strictly prohibited,” the ministry wrote in its order, adding that such institutions cannot obtain financing through public markets, nor can they seek foreign capital through mergers and acquisitions. “Those who have violated regulations shall be cleaned up and rectified,” it added.

The education ministry’s announcement roiled Chinese markets and wiped billions of dollars off the market value of several of the country’s major, publicly traded education firms in Hong Kong and New York.

China’s education system is heavily competitive and exam-focused, and there have been concerns for years about student overwork. Private tutoring has flourished as families have tried to give a head-start to their children by preparing them intensively for exams.

The government has in the past called for a reconsideration of the country’s approach to education.

The ministry called the new rules a “comprehensive move to lower the workload and learning hours of students,” and added that it wanted to “improve the quality of after-school services.”

“Driven by utilitarianism and bound by capital, a large number of out-of-school training institutions in primary and secondary schools, especially those with a wide range of unqualified training institutions, have deviated from the purpose of non-profit education,” said Dong Shengzu, director and researcher at the Shanghai Academy of Educational Sciences, in remarks published on the education ministry’s official website.

New Oriental Education and Technology plunged nearly 50% in Hong Kong on Monday. Combined with similar losses on Friday — when reports of a crackdown on the sector first emerged — the company has lost roughly $7.7 billion dollars in market value in Hong Kong. (The stock also trades in New York, where it has suffered similarly heavy losses.)

“When the company provides educational services again, it will follow the principles and the guidelines of the order and comply with relevant rules and regulations,” New Oriental said in a statement, adding that it expects the new rules “will have a significant adverse impact” on out-of-school tutoring services.