Home » China outperforms rest of the world in 2021 subject ratings

China outperforms rest of the world in 2021 subject ratings 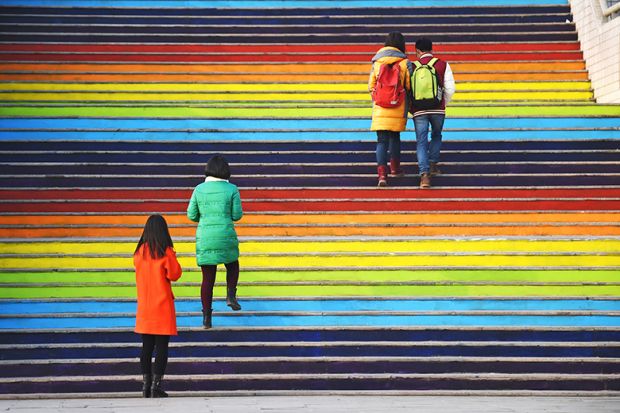 Chinese universities are outperforming institutions in the rest of the world in the vast majority of disciplines, according to new global ratings based on China’s classification of subjects.

The Times Higher Education China Subject Ratings reveal how more than 1,500 global universities, including 90 in mainland China, are performing across 89 different subjects classified by the Chinese Ministry of Education (MoE).

Institutions are given a grade between an A+ and C- in each subject, based on their performance across four core areas: teaching, research, international outlook and knowledge transfer.

Overall, the results reveal that China scores an average grade of B+ in the ratings, above the global average of a B.

China’s performance is on a par with some other large, developed systems of higher education, including the UK, US and Canada and above several others, most notably France, Japan, Russia and South Korea.

However, it is behind a small number of countries that excel in research, such as Australia, Germany, the Netherlands and Singapore.

A detailed analysis of the ratings reveals that institutions in China perform better than the rest of the world, on average, in 63 of the 89 subjects, including a large number of engineering disciplines, astronomy, atmospheric sciences, chemistry and mechanics. China achieves an A- or higher, on average, in 30 subjects.

Overall, 49 per cent of all Chinese institutions’ grades were either A+, A or A-, the same share as the UK and US.

There are 19 subjects where China is on a par with institutions in the rest of the world, on average. These include architecture, clinical medicine, computer science and technology, geography, mathematics and physics.

There are just two subjects where China performs significantly worse when compared with the rest of the world: forestry engineering (based on grades for only two Chinese institutions, both of which score lower than a B) and psychology.

Nine Chinese institutions receive a grade for psychology, but only one score higher than a B: Renmin University of China, with an A-.

Meanwhile, there are a handful of arts subjects classified by the MoE in which there are no ratings for Chinese universities because they did not meet the eligibility criteria in those disciplines (see methodology): design, drama and film studies, fine arts, history of science and technology and music and dance studies.

When comparing China’s performance with a select group of leading higher education systems across the world, the results reveal that the country has successfully carved out a niche in five subjects.

Chinese universities outperform those in the UK, US, Canada, Australia and Germany, on average, in metallurgical engineering (A), urban and rural planning (A), atmospheric sciences (A-), transport engineering (A-) and education (A-).

In metallurgical engineering, for example, five of the seven Chinese institutions rated in this area achieve a grade of A or above, with three scoring an A+: Central South University, Jiangsu University and Shanghai University.

There is a similar trend for Germany, albeit in relation to a different group of subjects, with the data showing that the country has become a centre of excellence compared with its main competitors in a handful of areas: mechanical engineering (A), mechanics (A), ecology (A), agricultural engineering (A) and naval architecture and ocean engineering (A-). These are all areas where institutions in Germany achieve a higher grade, on average than their counterparts in the UK, US, Canada, Australia and China.