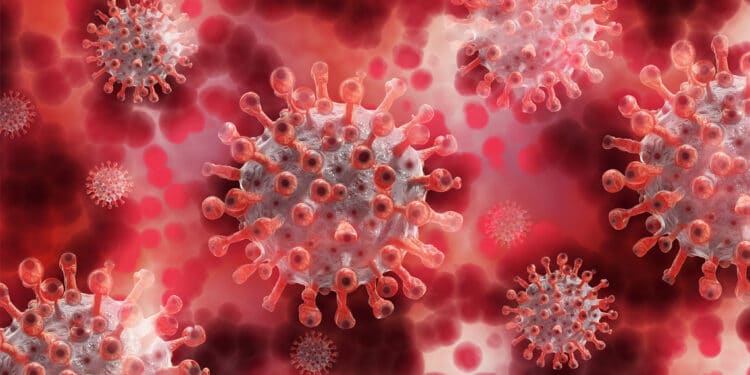 People who have recovered from COVID-19 tend to score significantly lower on an intelligence test compared to those who have not contracted the virus, according to new research published in The Lancet journal EClinicalMedicine.

The findings suggest that the SARS-CoV-2 virus that causes COVID-19 can produce substantial reductions in cognitive ability, especially among those with more severe illness.

“By coincidence, the pandemic escalated in the United Kingdom in the middle of when I was collecting cognitive and mental health data at very large scale as part of the BBC2 Horizon collaboration the Great British Intelligence Test,” said lead researcher Adam Hampshire (@HampshireHub), an associate professor in the Computational, Cognitive and Clinical Neuroimaging Laboratory at Imperial College London.

“The test comprised a set of tasks designed to measure different dimensions of cognitive ability that had been designed for application in both citizen science and clinical research. A number of my colleagues contacted me in parallel to point out that this provided an opportunity to gather important data on how the pandemic and COVID-19 illness were affecting mental health and cognition.”

“I had been thinking the same thing and wanted to help out insofar as I could, so extended the study to include information about COVID-19 illness and the impact of the pandemic on daily life more generally,” Hampshire said.

For their study, Hampshire and his team analyzed data from 81,337 participants who completed the intelligence test between January and December 2020. Of the entire sample, 12,689 individuals reported that they had experienced COVID-19, with varying degrees of respiratory severity.

After controlling for factors such as age, sex, handedness, first language, education level, and other variables, the researchers found that those who had contracted COVID-19 tended to underperform on the intelligence test compared to those who had not contracted the virus.

The greatest deficits were observed on tasks requiring reasoning, planning and problem solving, which is in line “with reports of long-COVID, where ‘brain fog,’ trouble concentrating and difficulty finding the correct words are common,” the researchers said.

Previous research has also found that a large proportion of COVID-19 survivors are affected by neuropsychiatric and cognitive complications.

“We need to be careful as it looks like the virus could be affecting our cognition. We do not fully understand how, why, or for how long, but we urgently need to find out. In the meantime, don’t take unnecessary risks and do get vaccinated,” Hampshire told PsyPost.

The level of cognitive underperformance was also associated with the level of illness severity, with those who were hospitalized on a ventilator showing the greatest deficits.

The observed deficit for COVID-19 patients who had been put on a ventilator equated to a 7-point drop in IQ. The deficit was even larger than the deficits observed for individuals who had previously suffered a stroke and who reported learning disabilities.

“I think it is fair to say that those of us who have been analyzing data such as this are somewhat nervous at the decision to let the pandemic run its course within the UK,” Hampshire said.