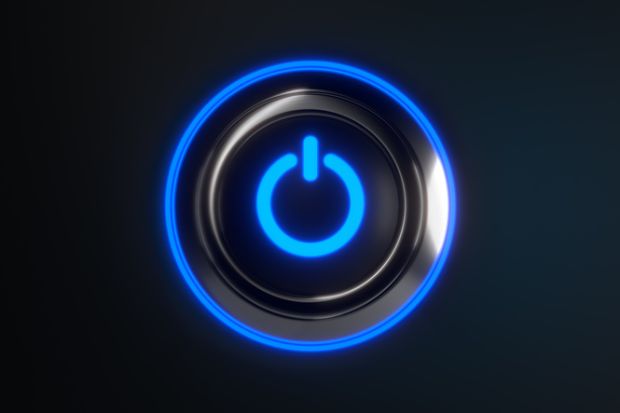 The universities minister is to announce a “reboot” of England’s higher education access system that includes a focus on ensuring institutions set targets for their graduates to gain “high skilled, high paid jobs”, as schools policy expert John Blake is named as the new director of fair access.

Michelle Donelan will unveil the changes in a speech at the Times Higher Education THE Campus Live event on 24 November, billing them as a contribution to the government’s agenda to “level up” in the UK regions by improving graduate outcomes.

Meanwhile, the new director of fair access and participation in the Office for Students has been announced by the government as Mr Blake, a former teacher who now leads on policy and political issues related to schools, education, and wider social impact for educational charity Ark, which runs the multi-academy trust Ark Schools.

Ms Donelan was due to say: “We need to be making getting on as important as getting in.”

The Boris Johnson government has criticized “low value” courses at some universities. The new announcements appear to be an attempt to develop concrete policy on that front, while also showing the Department for Education working to develop policy that contributes to Mr Johnson’s priorities of levelling up and shifting to what he has termed a “high-skill, high-wage economy”.

The DfE described the “reboot of universities’ access and participation plans”, which they must agree with the OfS, as meaning that universities “will be required to improve outcomes for disadvantaged children by driving up education standards in schools and colleges in the local community, which could include providing activities like tutoring”.

They will “also be required to set new ambitious targets to support students throughout their time at university by reducing dropout rates and improving progression into high paid, high skilled jobs”, it added.

Universities will be required to offer “more courses that are linked to skills and flexible learning such as degree apprenticeships, higher technical qualifications and part-time courses” while there will be moves to cut out “complexity and bureaucracy from access and participation plans, giving universities more time to focus on disadvantaged learners”.

“Gone will be the days where universities were recruiting students onto courses that lead to dropping out, frustration and unemployment. A student’s outcome after university needs to be as important to providers as a student’s grades before university,” Ms Donelan was due to say.

“We need to send a message to every disadvantaged young person thinking about higher education that they will have the support through school, college and university to get there and achieve a positive outcome for themselves.”

The DfE described the reform as being the first task for Mr Blake. He said that “attainment and access are only the first steps: they need to be matched by participation and success. It is crucial that students are able to study on high quality courses which meet their needs, and are then supported so they are ready to embark on rewarding lives and careers after graduating.”

The DfE also announced 13 projects, funded by Research England, part of UK Research and Innovation, aimed at tackling “persistent inequalities that create barriers for black, Asian and minority ethnic students to access and take part in postgraduate research” (PGR). The projects, worth nearly £8 million, are “innovative in scope, scale and focus to an extent that has not been seen in England before”, with the aim of diversifying access as well as routes into a range of careers.

Anne-Marie Imafidon and Maisha Islam, co-chairs of the panel which advised Research England on the funding decisions, said: “The 13 projects will work collectively to support the entire PGR lifecycle using innovative methods and approaches. This includes reviewing admissions processes to tackling offer rate gaps, and plans to extend routes into doctoral study via professional doctorates and partnering with the NHS. Other projects will focus specifically on intersectional inequalities related to black female students, and prioritise the mental health of their PGR students of colour.”