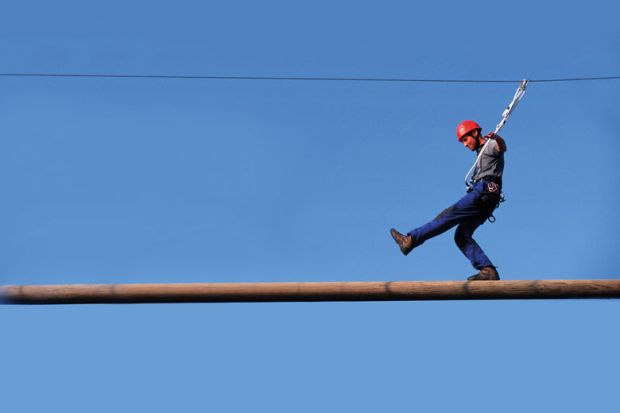 The head of one of Germany’s leading universities has said that research careers in the country need to be overhauled carefully after quitting over an unfunded attempt to tackle the issue.

Sabine Kunst announced her resignation as president of the Humboldt University of Berlin in response to a change to a state higher education law that requires institutions to offer permanent employment to postdocs who meet job requirements at the end of a fixed-term contract.

Professor Kunst has praised efforts to tackle precarity in academia but criticised the lack of funding being provided for the reforms under the new law. Speaking to Times Higher Education, she said that politicians would need to think bigger if they wanted to fix the issue. “It’s not really only the money; it’s one of the factors you would need to make the transformation in the German system,” she said.

Professor Kunst’s resignation came after a summer of academic discontent in Germany, driven by the #IchbinHanna Twitter hashtag, which saw academics share personal stories of being kept on temporary contracts until their forties or even fifties and provoked testimony of instability disrupting families and hitting vulnerable minorities hardest.

“Nobody disagrees any more that there are problems that need to be solved,” said Amrei Bahr, assistant professor of philosophy at Heinrich Heine University Düsseldorf and one of the founders of the campaign.

But finding a solution has been complicated by Germany’s federal system of government. Academic employment is governed by state higher education laws and a national law on fixed-term contracts in universities, for example.

“There needs to be a career master plan for science in Germany,” Professor Kunst said. “The barriers of federalism must finally be broken down there.”

Peter-André Alt, president of the German Rectors’ Conference, agreed with Professor Kunst that the requirement to offer permanent positions without funding was a problem.

“This, I’m concerned, could be a blueprint for processes in this field,” he said, referring to an uncosted approach in other states.

The core point of root-and-branch reforms should be to create the equivalent of a “tenure track” for postdocs, said Professor Kunst. Germany’s habilitation system in which academics earn the right to teach and become a professor through four to six years as a postdoc, needed changing, said Professor Alt, adding that this formal process had been dropped by about 80 per cent of disciplines. “I think we need more mandatory, formalised goals for the academic pathway and the habilitation,” he said.

Professor Alt said that one-year postdoc contracts should be scrapped, but cautioned that two-year ones were often linked to project funding and so could not be extended. “We can change things modestly in the regular budget system, but I think we must also be realistic here,” he said.

The north-western state of Mecklenburg-Western Pomerania has also committed to creating more permanent positions in academia. Members of its Bundestag from parties trying to form a national coalition government promised changes to a federal law on fixed-term contracts when a study of its effects is completed in 2022, said Andreas Keller, deputy chair for universities at the Education and Science Workers’ Union.

“There was consensus among the parties that we need a change”, he said. “Let’s wait and see.”