Home » The model of academic excellence

The model of academic excellence 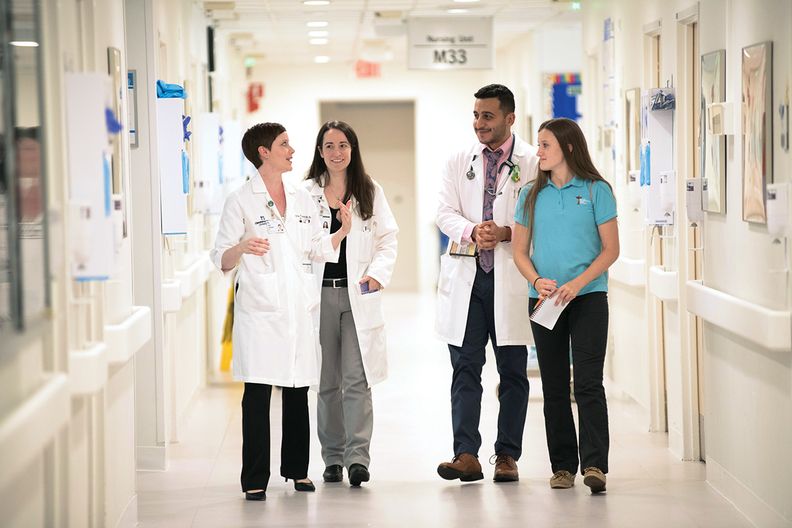 During the pandemic, educators and administrators from kindergarten through college had to consider how to best reach their students when actual physical proximity wasn’t an option.

The value of technology has been proven throughout the past 18 months, but some schools are taking it further.

Every school – public and private – is obligated to teach some of the same core subjects, per state guidelines.

Curriculum is a major pillar – and selling point – of private schools.

Even before the pandemic, some schools were moving toward new models of teaching, in some instances altering the structure of the school day itself.

“When people watch a movie about higher education, they have this idea of a tiered auditorium, and a professor at the front,” says Malone University Provost Greg Miller.

“We’re moving away from that.”

Before the pandemic, Malone had created its Pendle Hill Pledge initiative, which cast aside the traditional model for more experiential, hands-on learning.

Real-world experiences are spread throughout a student’s time in college – not just an internship as a junior or senior, by which time, Miller says, a student may find out all too late that their field of study isn’t what they quite expected and may not be right for them.

Malone is also small enough that each student can have a mentor.

“We want to produce people who can navigate the changing environment,” Miller says. There are jobs today’s students will have that don’t even exist yet.

“All of us will need to head in this direction. We’re just ahead of the curve.”

Also ahead of the curve is Hawken School, which a decade ago started planning a school that emphasized solving real-world problems in group settings.

The school, with campuses in Lyndhurst and Gates Mills, developed a building in Cleveland’s University Circle neighborhood for its new Master School, which opened in the fall of 2020 – right in the teeth of the pandemic.

“We opened in masks,” says Scott Looney, the head of the school. “It was not the ideal time to open a problem-solving and project-based hands-on school.”

The school emphasizes trial and error, both as part of the learning process and for students to find their purpose, Looney says.

“No two students will have the same experience at the Master School, and that’s what we think education is like now.”
Looney believes that the century-old model of traditional education was designed in a bygone era to cultivate industrial workers.

“It was built in the time of industrial processes, which encouraged specific repetitive tasks,” he says. “It worked then, but it’s a good way to be unemployable now.

“The schedule of most schools is built around the needs of adults, not the learning needs of children.”

The day starts a half-hour later now for students, at 8:30 a.m., reflecting young people’s circadian rhythm, which is different from that of adults.

And on Wednesdays, students start at 9 a.m., which Fior says allows for more intentional, professional learning.

The whole school day has shifted as well, with 70-minute periods, instead of the typical 40-45 minutes, a change that Fior says came from input from alumni in the corporate world.

“We think the longer periods of time will enable teachers to offer learning experience that teach teamwork, collaboration and problem-solving,” Fior says.

Additionally, there is now common time in the middle of the day.

Students were kept busy with sports and activities before and after school, and transportation needs might not allow them to come to school early or leave later. Club activities can now be done during those common school-day periods, which Fior said will lead to more engagement.

Many schools also offer breakout programs within their educational structures.

“Think of it as a college minor,” says middle school director Tim Unger.

“You’re still getting a Lake Ridge diploma, meeting state requirements, but students can focus on areas of passion, interest and skill on top of the regular Lake Ridge experience.”

Students’ interest in those fields can start in middle school, Unger says, where students are engaging in project-based classwork in a variety of subjects.

At Hathaway Brown, there are a variety of academies in the middle school, while in the upper school, girls can participate in a fellowship for applied studies, offering the opportunity to work in medical schools or with NASA.

The school’s business and finance group helps run the school café (and even formed a franchise with fourth-graders in the primary school) and actually gets real-world investment experience by working with a member of the school board and managing a percentage of the school’s endowment.

“They’re really smart and mindful of how much risk they can take,” says Elizabeth Pinkerton, director of enrollment management at Hathaway Brown. “They’re doing an impressive job.”

Padua Franciscan in Parma offers a series of tracks.

MedTrack prepares students for medical careers, with curriculum that not only includes science, but also bioethics (a reflection of the empathy the Franciscan school wants to teach) and other topics, addressed by externships and guest speakers.

This year, the pool of speakers increased greatly, thanks to the prevalence of virtual meetings.