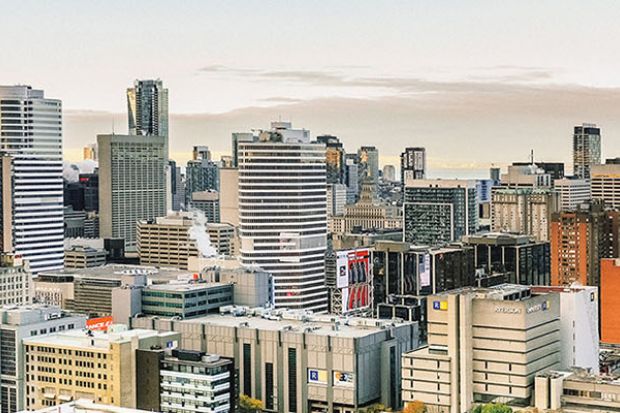 Ryerson University has agreed to change its name, finding it can no longer honour its 19th-century namesake, Egerton Ryerson, the educator and minister widely associated with a system of indigenous residential schools increasingly known for their deadly abuses.

The institution acted after mounting protests against Mr Ryerson, whose ideas for teaching agricultural skills to native populations were later adopted for the Indian residential school system.

“Given that our namesake is increasingly recognised as a symbol of colonialism,” a university taskforce said in a set of recommendations endorsed by the board of governors, “our identity as an institution can no longer be disentangled from separate schools, segregation, the genocide of indigenous peoples and cultural erasure.”

Anger within the 40,000-student Toronto institution was fuelled this summer by the discovery of mass graves associated with the residential schools, leading to the removal of Mr Ryerson’s statue from campus.

Yet the name change also faces opposition, based on a sense among some that Mr Ryerson is being blamed for events well beyond his doing or control, as well as wariness over the potential cost of buying the university an entirely new identity.

“There’s a real division” of opinion on campus and beyond, said Ron Stagg, a professor of history who sees Mr Ryerson as the originator of a more benign form of indigenous education that morphed into terror after his death in 1882.

University officials acknowledged they could offer no immediate estimate of the potential name-change cost in terms of dollars, enrolment or reputation. “It is too soon to provide further details on implementation,” said a university spokeswoman, Karen Benner.

The case is one of many in which higher education institutions have been pushed to take down monuments or erase names from facilities honouring historical figures with unwelcome legacies.

Changing an institution’s entire name, however, is usually out of bounds, even in cases where the person was directly involved in activities such as slave holding.

In part, that’s understood to reflect fears of alienating alumni donors, losing reputational respect and turning off potential students. “It has to be very carefully executed,” said Andrew Careaga, chief marketing officer at the Missouri University of Science and Technology, who admits that Missouri S&T still suffers some recognition issues 13 years after its largely successful rebranding of the University of Missouri at Rolla.

In Canada, the residential schools were a mandatory, government-funded system for indigenous peoples designed to replace their culture with the worldviews of the nation’s white majority.

They operated for a century beginning in the late 1800s and were marked by rampant physical assault and sexual abuse of students, with estimates of deaths running from several thousand to tens of thousands.

Investigations have been taking place across Canada in recent months, turning up a series of instances where bodies were dumped in mass burial sites on the grounds of the residential schools.

Mr Ryerson did express attitudes toward indigenous people in the mid-1800s that today sound disparaging, and he did lead a government effort to push them into abandoning their traditional nomadic ways of life by learning farming at religious schools, Professor Stagg said. But Mr Ryerson also made personal appeals to King William IV and Queen Victoria to protect their land rights and made enrolment at his schools voluntary, Professor Stagg added.

The university’s study panel, known as the Standing Strong Task Force, repeated much of that assessment, but suggested Mr Ryerson’s attitudes and methods laid the framework for the horrific abuses that followed him.