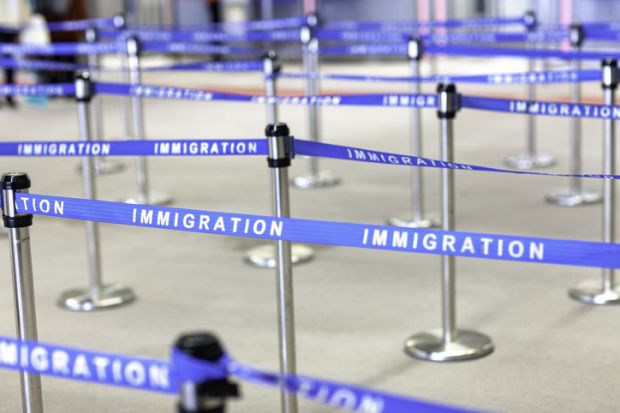 Dr Rizvi has warned that the recent removal of limits on overseas students’ working hours risks subverting international education and reviving the problems of over a decade ago, when enrolments were motivated by migration and work opportunities rather than course quality.

All this ran counter to the policy imperative of recruiting “high-performing students” to feed skilled migration and fuel Australia’s economic and population growth.

He said students had underpinned a skilled migration push that had “made Australia the youngest, most diverse and – until Covid – the fastest growing population in the developed world.”

Yet international students who stayed on had been decried as “back-door” migrants, even during the early 2000s when the link between student visa policy and migration had been “very explicit.”

An August report from parliament’s Joint Standing Committee on Migration concluded that Australia should strive to convince “the best and brightest international students…to stay here, particularly to fill persistent skills shortages in the economy.”

A Department of Home Affairs webpage says the requirement is not intended to exclude students who apply for permanent residence after developing skills that “Australia needs.”

But it also insists that the student visa programme “is not a way for international students to maintain ongoing residency in Australia.”

Dr Rizvi, a special adviser with strategic consultants Michelson Alexander and a former immigration department deputy secretary, said “the government wants to have it a bit each way.”

He said Canberra’s aspiration to rebuild net overseas migration to about 235,000 a year, as articulated in the 2021 Intergenerational Report, would be “impossible to deliver without a very strong contribution from overseas students.”

But that contribution looked increasingly unlikely, with Chinese students leaving Australia at twice the rate of other nationalities, and applications from India and Nepal declining “significantly” even before the pandemic.

Dr Rizvi said international education was being undermined by the poaching of students and worker exploitation that had “overwhelmed” the Fair Work Ombudsman – a problem likely to escalate, with Australia expanding the Pacific Labour Scheme for low-skilled islanders and flagging an agricultural worker visa akin to widely criticised guest worker schemes of the US and Europe.