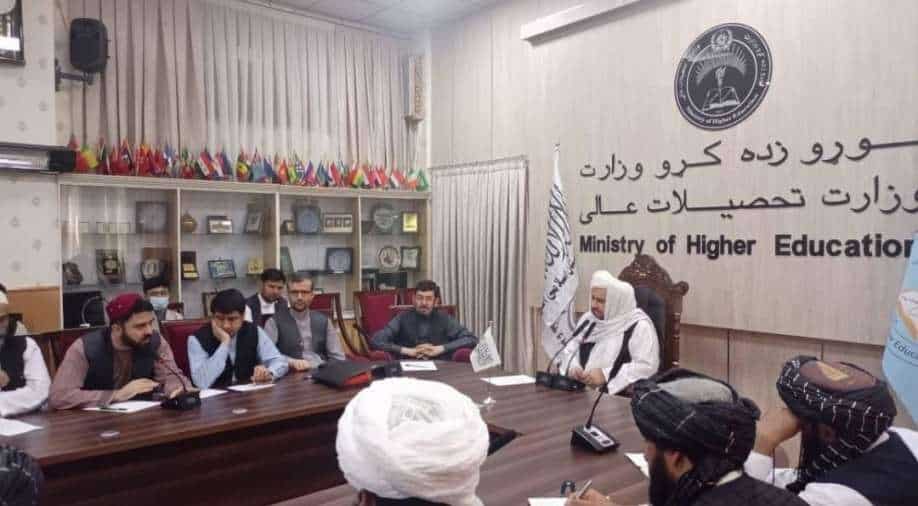 In a step towards forming a government in crisis-ridden Afghanistan, the Taliban on Saturday appointed Abdul Baqi Haqqani as the acting higher education minister and Bashir Ahmad Rostamzai as the acting director of Afghanistan’s sports federation.

According to local media reports in Afghanistan, apart from the above appointments, the Taliban have so far nominated seven senior leaders to key ministerial posts. They are:

4. Sakhaullah named as the acting head of education.

5. Mullah Shirin named as the new governor of Kabul.

6. Hamdullah Nomani named as the mayor of Kabul.

Gul Agha, also known as Gul Agha Ishakzai is the head of the Taliban’s financial commission. He has been designated as a target of UN sanctions.

He was a childhood friend of late Taliban founder Mullah Omar, a U.N./Interpol sanctions notice said.

Zakir is a veteran Taliban battlefield commander and also a close associate of Omar.

He was captured when US-led forces engaged in Afghanistan in 2001 and was incarcerated at the US military prison at Guantanamo Bay in Cuba until 2007, according to media reports.

He was released and handed over to the Afghan government

Sadr, the interior ministry appointee, is believed to be a powerful and trusted figure within the Taliban.

Haji Mohammad Idris, the acting head of the central bank, is from the northern province of Jawzjan.

According to reports, he had long experience working on financial issues with the previous leader of the movement, Mullah Akhtar Mansour, who was killed in a drone strike in 2016.

While appointing loyalists to senior positions, Taliban spokesperson Zabihullah Mujahid had told reporters in Kabul on Tuesday that it “was time for people to work for their country”.

Click here to view the original web page at www.wionews.com