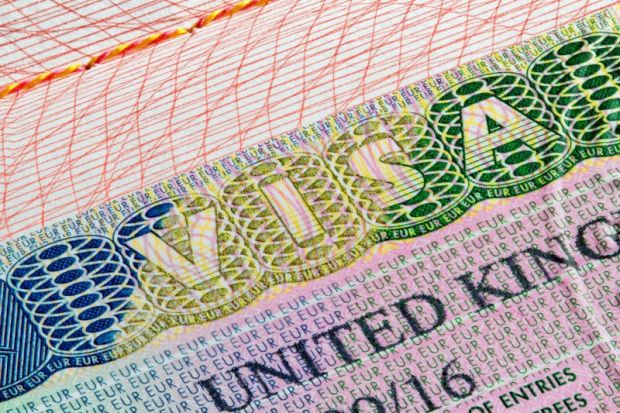 The UK has issued the highest number of student visas on record, as those who deferred travel from the pandemic boost an existing upward trend in demand from countries such as India and Nigeria.

According to the latest statistics issued by the Home Office, almost 430,000 visas were granted to students and their dependents in the year to September, more than 50 per cent higher than the comparable period before the pandemic and 39 per cent up on the previous annual record from 2010.

The total includes just over 20,000 study visas issued to nationals from continental Europe, most of whom had to apply for visas to study in the UK for the first time this year because of Brexit.

Visas for dependents also almost trebled to about 45,000. However, even without these changes, the previous record for study visas granted in one year would probably still have been broken by a large margin.

There was also a 38 per cent increase in applications for education providers to sponsor visas – 91 per cent of which were made to universities – to almost 360,000 in the year to September.

In terms of visa grants, the Home Office confirms that “this is the highest annual number…on record with the substantial increase representing both a recovery from lower numbers during the Covid-19 pandemic but also increases on the pre-pandemic period”.

A huge proportion of the increase came in September itself, the figures suggest, with about 140,000 issued in that month alone, more than double the number in September 2019.

The Home Office says there are “a few possible explanations” for the overall increase across the year, mainly centred around the pandemic and longer-term patterns.

“Students who either deferred starting a course, took a break from studying and are now resuming, or began a course by distance last year and did not choose to apply for a visa at that point could be increasing in number as they return to in-person educational settings,” the statistics release says.

“This could be combined with a further general trend of growth in international students applying for visas to study, as from 2017 until the pandemic there was a strong annual growth in student visas, averaging at approximately 10 per cent per annum over the period.”

It adds that “changes to immigration rules regarding study visas over this period may have further increased applications and grants”, a probable reference to the UK deciding to reopen post-study work routes this year.

But the new China total accounted for a much lower proportion of overall study visas: 32 per cent as opposed to 43 per cent in the year to September 2019, as countries like India have seen much higher increases.

Grants to Indian nationals hit just over 90,000 this year, 197 per cent higher than the year ending September 2019, while Nigeria – another of the UK’s official priorities for international student recruitment – had a 368 per cent increase from just under 8,000 in the year to September 2019 to almost 37,000. There were also large increases from Pakistan and Bangladesh.

However, the figures also back up other data suggesting a slump in interest in studying in the UK for European Union nationals since Brexit.

The 20,774 study visas granted to students from the European Economic Area and Switzerland (except Ireland) since January made up just 6 per cent of the total in 2021, “a more modest number compared to work visas”, says the Home Office, where they represented 13 per cent of all those granted this year.

French students had the highest number of study grants (3,872), followed by students from Germany (3,500) and Spain (3,183). Together these three nationalities made up about half of all EEA and Swiss grants.

Although there are no comparable visa figures due to this being the first year such nationals have needed a visa, the rough total of 20,000 does not look high when compared with the 64,000 EU students who started courses in the UK in 2019-20, according to the Higher Education Statistics Agency.